Holidays in Salento: August 11 festivals, all in the Capo di Leuca

Famous for the sun, the the crystal-clear sea, the nature, the events of the square and the beach party until dawn, the Salento is also a land of good tastes. For who is holiday these parts, here`s 11 festivals, from Monday 7 to Friday, August 21 all in the Capo di Leuca, occasions delicious also to discover the nice villages of the hinterland.

The stragglers, attracted by these tasty events, can take advantage of the sensational last minute deals of houses vacations in the Salento, in the the area of Capo di Leuca.

Discover them all here >> 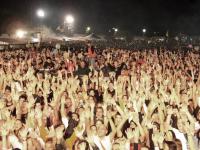 Here are 11 festivals of Capo di Leuca, which satisfy all tastes.

In harmony with the surrounding territory and traditions, the Festival of rural Corsano offers dishes prepared with simple ingredients and linked to the peasant culture: fresh home-made pasta, stews, roasted meats, fried fish and, especially, the paparotta, the main dish of the feast, with vegetables, beans and stale bread. Quality music, with Antonio Castrignanò, between the singers, the most famous of the Salento, the voice of the Night of the Taranta.

Morciano, the more pungent of the local summer festivals of Salento, is devoted to diavulicchi, mouth watering and irresistible red chili peppers. In addition to the stand dedicated to diavulicchi and sfizierie where considerable success collecting salamura cooked, prepared with tomatoes, peppers, and spicy. You can also enjoy rustic pizzas, friselle, pittule and sweets and limoncello. And then dance and sing until late at night, with the South Recall and Indian Salentino

3. Wednesday 9, SANTA MARIA DI LEUCA, Festival of the flavours of the sea under the monumental Waterfall

The appointment with the flavours of the sea at Santa Maria di Leuca, piazza Marinai d`italia. At the Festival of flavors of the sea under the monumental Waterfall, you can taste delicacies such as fresh pasta, fresh fish or shrimp, fried fish, octopus pot, salad of the sea, pittule marinara and fruit cocktail. Two musical groups complete the program: the Cardisanti and Supermario. It`s a good chance to admire the monumental waterfall in the function, and the event is now rare.

Has a title that leaves no doubt: the festival of Salignano you eat good things under the stars. We are located in the shadow of the tower, dating back to 1550, the symbol of the village, to enjoy dishes such as homemade pasta, pasta and chickpeas, the traditional sciuscella, based dish of balls of bread cooked in sauce, fish, pitte, potatoes, parmigiana and focaccia bread. Wine rejoices the spirits together with the worthy gossip, popular music, proposed by Kamafei.

The Festival de li dishes nosci of Castrignano del Capo spreads irresistible scents, that charm the visitors, and the gourmands in the beautiful scenery of the Village Land. Simple and genuine foods, like home-made pasta with tomato sauce or with turnips, roast meat, legumes, wild vegetables, and the eggplant in the oven. To make the relish, we think the popular music of salento.

It is worth to get in Montesardo to discover the grace of this small country, fraction of Alessano, and take the opportunity to make a meal of goodness in one of the festivals oldest of Salento. Two must-try dishes: homemade pasta and the pork of the town, from the tender meats and tasty. No shortage of other dishes based on products of the land, nor the folk music that is dancing in the square: one of the Ariantica.

There are four wards of Tiggiano, about three thousand of its inhabitants, while you can quantify the smells and the dishes that you can enjoy the Festival of the 4 pignate. Entirely located in the historic centre, between the courtyard houses and alleys, the festival presents the feature of 4 pignate, and that is, of the dishes prepared on slow fire in clay pot. Popular music allows you to dispose of calories by jumping on the track to the rhythm of the pizzica.

To the Depressed, a hamlet of Tricase, the Festival de la pasta is made in house brings good tastes and joy. At the foot of the castle, just a little fill to the tiny village of scents and tasty odorini. The flavors are those of the home-made pasta, accompanied by ciciri or cabbage, with the sauce, or turnip greens. Only for the palates of the most daring, the strong ricotta. In addition to fresh pasta complement the menu, the flavours of the salentine tradition, most of the popular music that made her dance and sing until late at night. 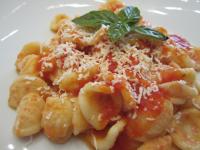 Pasta with sauce pescatora, fried seafood and shellfish, and even the pittule have the flavor of the sea, in the Feast of fried fish with its menu of to base of the Ionian invites fans of seafood down along the Heel up to the tip at Santa Maria di Leuca. Complete the menu, the sweets and the popular music played live.

10. Saturday 19 and Sunday 20, ANDRANO, Festival of the culinary art of salento

To Andrano, the eating well salentino for authenticity and tradition, is called by name, in the Feast of the culinary art of salento. Because of art, works of ingenuity and imagination it is, if you think from the simple ingredients, the fruit of the earth and work of men are born delicacies like home-made pasta, marenna and the masses, legumes, vegetables, bread, traditional sweets, wine and much more, all accompanied for two nights of folk music of salento.

Bites be sure, of all kinds, the Festival della taranta of Prejudice. The music, already from the title, is assured, with the songs and dances of the tradition, which combine in to the delights of the menu. Pittule, appetizers, home-made, pieces of the horse to the tomato sauce and roast meat, pastry, fresh and creamy spumoni, with the wine that shuts off the thirst, and invites him to dance, in the square that echoes the popular rhythms of the pizzica.

< Prev: Motorcyclists, the british conquered from the poor cooking of the Salento
Holidays in Gallipoli. July 2017, all events : Next >