Book your holidays in Lecce in the province of Lecce

his fame has gone beyond national boundaries and arrived on the main publications of international travel. From the Times to Lonely Planet, from Forbes to the Daily Times, all mention of Lecce, the largest city in the south-east of Italy. The vacation in Lecce in the heart of Salento, offer a package based on light and beauty, which fills the eyes with the warmth of the hospitality of the people of the region.

That you have booked a holiday home in the Salento, or are looking for weekly rentals in Lecce city, here's everything you need to know. 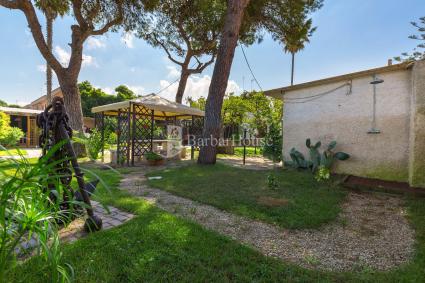 your holiday in Lecce and advice for you

how Many times admiring the rose window in leccese stone of the basilica of Santa Croce on postcards and in photos on the social network have taken for granted that it was Florence? Only those who have never been to Lecce and the province does not know how majestic, magnificent, and enchanting can be the lecce baroque.

This style has embossed a face, unmistakable to the city of Lecce, thanks to the able hands of his sculptors that have shaped over the centuries, the ductile lecce stone, the color of milk. When the sun reflects on the historic centre of Lecce, built using the beautiful light-colored stone is porous, the light that is emitted is unique and not replicable in any other place in the world.

the colour of The city changes during the phases of the day: dazzling white in the morning, pink orange at sunset, golden, precious night. Many of the steps to be performed during the stay in a bed and breakfast or houses for rent in Lecce by private individuals. Among these, the workshops of papier-mâché: this, like the lecce stone, is a product of traditional crafts. You will be able to admire the skill and craftsmanship of experienced masters sculptures.

Delicacies and delights of the culinary tradition of lecce

mid-morning in all the bars and pastry shops you will find the rustico leccese, street food par excellence: a disc of pastry filled with béchamel sauce, mozzarella and peeled tomatoes in chunks. So popular that today the rustic-you can find it at any time, perfect as a tasty snack.

In the afternoon there is nothing better to be able to freshen up the palate like a delicious coffee on ice with almond milk. At lunch and dinner, in the restaurants and taverns, remember to order dishes of local cuisine such as parmigiana (at times there is also parmesan, artichokes), orecchiette with meatballs alla leccese, the sagne ncannulate, the broad beans and chicory, and other dishes are the result of the production of the peasant to the km zero.

Lecce, what to see during your stay

your holidays in Lecce centre begin with a tour of the historical centre to the discovery of the city and its charming tangle of streets, courts and squares. Lecce fascinates you at 360 degrees, with its churches, its antique doors such as that of Porta Rudiae and Porta Napoli commissioned by Charles V as well as the Castle of Carlo V, the historic homes in the old buildings that open to interior courtyards, and let us admire.

AND still the most beautiful squares like Piazza Duomo, on which stands the mother church, dedicated to saints Oronzo, Giusto and Fortunato, the high bell tower is 77 metres among the twenty highest in Europe, and the diocesan museum which houses precious treasures of the curia.

AND two steps from this square we reach the church of St. Irene, the former protector of the city, with the convent of the Theatines, where often there are exhibitions, antique markets, events. In the last few summers has become a privileged open-air cinema, while during the christmas period is often a scene of rassegne theatre for children.

During the holidays in Lecce and its surroundings, you will discover a city that is a constant opening of antiquities and monuments. Among these is the roman amphitheatre, in the centre of piazza Sant'oronzo and the roman theatre, where in summer are held concerts and theatrical performances live. Here, among these streets there are also the B&B Lecce, the most characteristic.

Many museums such as the archaeological Museum Sigismondo Castromediano, just renovated and moved back to shining life. The Must-have, a brand new cultural venue in the historic centre, behind the church of Santa Chiara, and still the jewish Museum and the Museum Faggiano, or the extraordinary Railway Museum near the station, from the parts of the quarries.

If accommodations in Lecce, in the evening, you can immerse yourself in the ways of nightlife, along which there are bars, pubs, bistros, local cuisine and street food.

Lecce for holidays at the sea: the nearest beaches

If you have booked a holiday home in Lecce and it's summer, don't miss its charming marine. The beaches of the coast of lecce and a 10-minute drive or a little more. There are several public transport links, in particular with the marina of San Cataldo, the ancient history, with the lighthouse and the old port of Adriano, with the golden sandy beach in the centre of the seaside resort, and several restaurants and fish taverns.

But on the coast of lecce, there is only San Cataldo. Among the most beautiful beaches of the sea of Lecce Torre Chianca, a place very populated in the summer, where the sand is soft and golden. Beautiful are also the beaches of Spiaggiabella where the flows Idume, the underground river that flows beneath Lecce and arrives at the surface near the coast, in the Basin of Idume, surrounded by reeds and giuncheti. Here the water is sweet and cool even in summer.

Very popular is the beach of Lecce, another town on the coast of Lecce. In this fraction we will meet you in the evening at a few places that offer fish, steak, both pizzas. Also, here in Frigole there are other appointments with the taste, such as festivals and interesting is the festival dedicated to the potato, the sugar, the typical product of the place, which comes in lots of tasty recipes, both sweet and savory.

If you have found for your holiday in Lecce, italy, at sea, not to miss a bathroom, and a walk to the Cesine, near the territory of Vernole, where there is a precious natural area protected by the WWF. Here, the sea is pristine and the beach is almost all free, but there are also beaches that respect the environment. Inside the park there is also a nature trail, reserved for the disabled.

Le Cesine, a real natural lung, with the lush mediterranean maquis, holm oak and pine forests that surround a wetland where nest flamingos, herons and ospreys, glossy ibis, spoonbills, black stork: a favourite site for birdwatching, even in the winter, when you can admire in the ponds pochards, shelducks, codons and folaghe.