Book your holidays in Ostuni in the province of Brindisi

The lush vegetation of the Itria Valley, the unique charm of its villages: if you are dreaming of a vacation, then the Ostuni is the ideal destination. Spend the holidays in Ostuni is to immerse yourself in a context that has made authenticity a point of strength.

Ostuni with its historic centre stands on a pretty little white hill in the green of the mediterranean vegetation is welcoming, warm, unique. Find out why you should rent a holiday home in Ostuni. 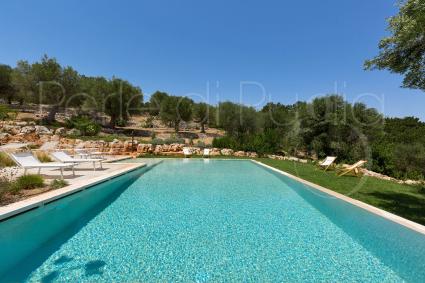 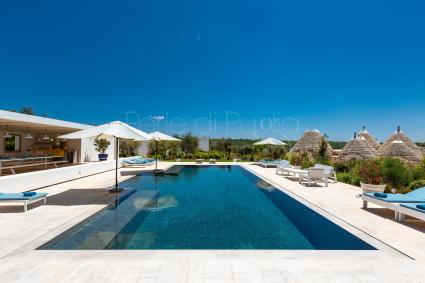 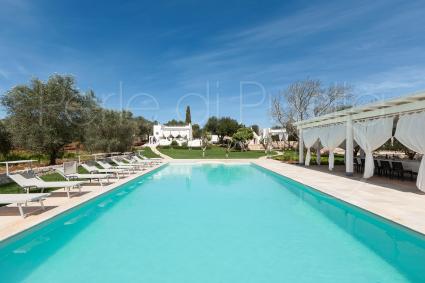 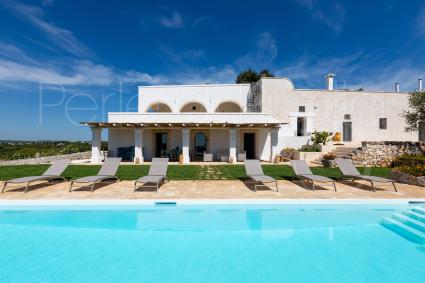 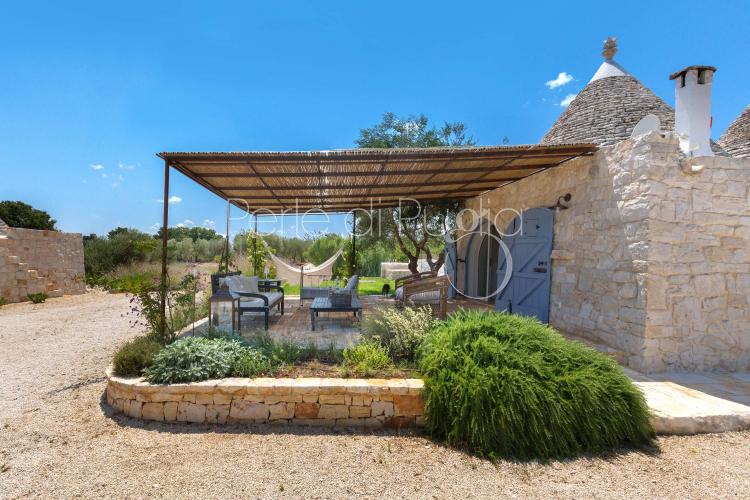 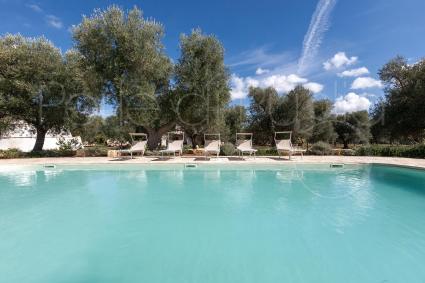 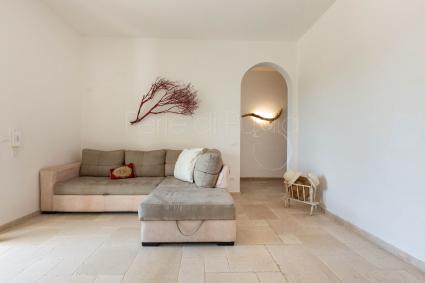 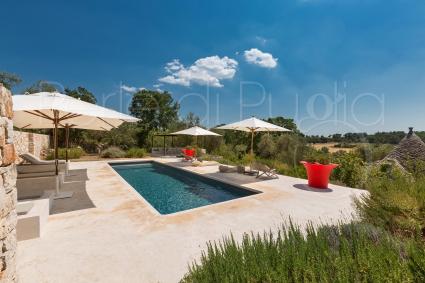 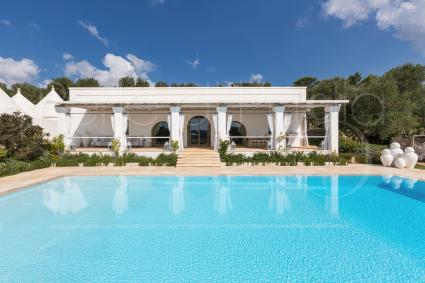 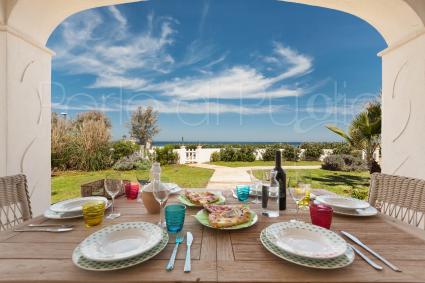 All you need to know for your holidays in Ostuni

Ostuni, the White City, is so called because it stands on a hill with whitewashed, which stands in all its dazzling splendour and its bell towers, reaching for the blue sky half-way between the edge of the precious Itria Valley and the southern part of the Murge.

The doors that open along the streets around the old town, stare from above the horizon of the town of ostuni, the sea, the olive groves, the vineyards, the countryside in the loss of an eye. Ostuni and the images that it offers to enchant: the alleys and narrow streets, arches and stairways, churches and ancient icons, palaces, small houses, shops.

This is the reason why many tourists, especially foreigners, from a holiday home in Ostuni sea have even thought about purchasing a home, certain to want to return to Ostuni in Puglia at least once a year.

THE numbers speak for themselves: in Ostuni, the news tell us that it is the fifth most desirable city by the germans and the british. People who like Ostuni and beaches and the countryside, the old town and traditions. The sea, on the other hand, is among the cleanest of Italy, saw that the coast Rose in Marina waving the Blue Flag is the "Five Sails" of Legambiente, certifications on where you can go sure for cleanliness of the sea and the services offered.

Holidays in Ostuni, what to see 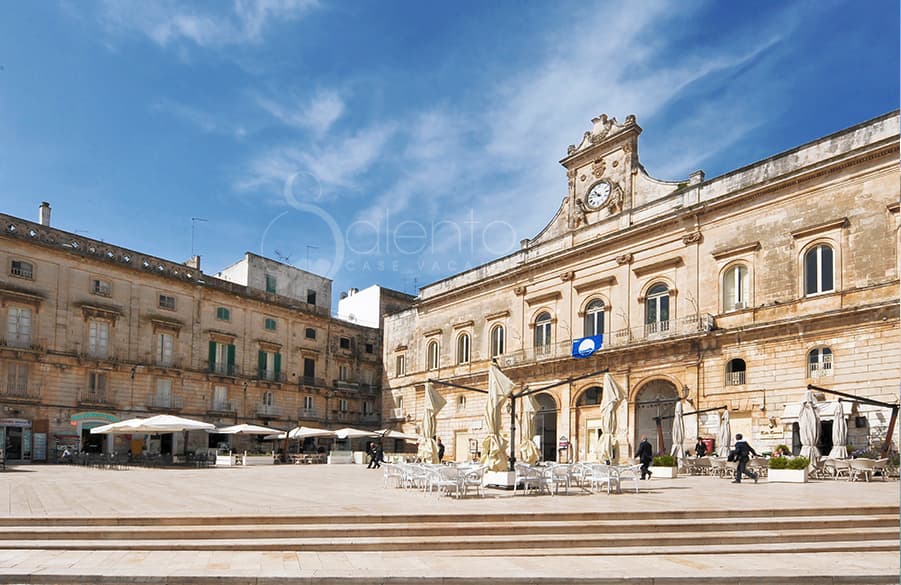 For those who spend the holidays in Ostuni, the widespread opinions are the ones that invite you to visit the heart of the medieval city, i.e. the historic city centre. A perfect tour to walk can start from piazza della Libertà. Here stands the impressive and beautiful Spire of St. Oronzo, the patron saint of the city and is accorded a lavish party in August, 4 days from the 24th to the 27th.

The spire shows itself in all its vain baroque forms. It was completed in 1771 by the sculptor Giuseppe Greco and rises to a height of over 20 metres. In addition to Sant ' Oronzo's plaza, the monument offers a place to other saints, such as San Biagio, Santa Lucia, San Gaetano and St. Irene. In this square there are the church of San Francesco, adjacent to the convent, which today houses the Town hall.

it IS from this square that we are immersed in the tangle of narrow whitewashed streets, along which open not only the older homes, but also restaurants, bars, shops of crafts and souvenirs. Stopovers not to be missed are the arch of Incalzi, which dates back to the first half of the XIII century, built by Frederick II as access to the beam, and to the castle.

Crossed the arc flows in the vicinity of the cathedral, by the expression of the late gothic style dating back to the FIFTEENTH century, a period in which it was decided to enlarge the romanesque church, after the damage caused by the earthquake of 1456. The particular well-known and much photographed, on the facade of this sacred hostel, is the huge rose window dedicated to Christ the Sun.

also of interest are the episcopal palace and the Cathedral, the Museum of pre-classical Civilization of southern Murgia in which are preserved various relics of the interesting for the fans and scholars of antiquity, such as the cast of the woman of Ostuni, a pregnant woman with fetus dating back to about 28mila years ago.

In the museum there are also the rooms of the former monastery of the carmelites of Santa Maria Maddalena dei Pazzi, to which is annexed the church of San Vito martire. A section is devoted to inscriptions in the messapian and Greek sanctuary of Agnano. It is a cave nestled in the archeological and naturalistic Park of Santa Maria d'agnano.

If you book one of the offers for holidays in Ostuni, you should also visit some of the farms typical fortified that you are in the countryside, the masseria San Domenico, a time governed by the Knights of Malta. The holiday apartments in Ostuni, there are many, but also the holiday homes in Villanova di Ostuni are numerous, if you prefer to spend holidays by the sea.

The coast of Ostuni, the sea beaches and the

The coast of Ostuni extends for 20 km along the Adriatic Sea. The coast is renowned for its beauty and is marked by a Blue Flag and the Five Sails of Legambiente.

its long golden beaches, rocky coves, and easily accessible, the dunes and the mediterranean vegetation are the elements that characterize the marine in the White City, where the harbor near the port of Villanova, built by Charles I of Anjou: today is a nice marina.

In roman times, Villanova was known as To Speluncas, one of the rest stations along the via Traiana. At the base of the lighthouse is the remains of the ancient manor house dating from the XVI century.

Among the other towns of Marina di Ostuni, there are Lido Morelli, a long beach framed by dunes, and Torre Pozzella, along which there are a series of small beaches and, further south towards Brindisi, the beautiful and precious nature reserve of Torre Guaceto.

Here's how to get to Ostuni

You need to know right away that Ostuni is just 8 km from the Adriatic Sea, in the province of Brindisi. The nearest airport to Ostuni is in Brindisi, located about 30 km.

If you have booked a last minute Ostuni sea in August, or if you travel in the low season to Ostuni in the hotel, know that you can reach it by train from the main cities of the north and centre of Italy. The station is located 2 km from the centre and is connected by bus service.

To reach Ostuni by car take the A16 or A14 motorway, take the Bari nord exit in Brindisi direction, then continue on the SS 16 from Bari to Brindisi and exit at Ostuni-Villanova.