Book your holidays in Alberobello in the province of Bari

one of the most popular and beloved by tourists, both national and international, Alberobello is the home of the trulli. Spend the holidays in Alberobello in Puglia, in the trulli, will be a charm, a way to travel in a glorious past and a legendary, but also in a reality of farming that has shaped the ability of its unique face of this earth. We`ll tell you about why Alberobello is a destination not to be missed during your holidays in Puglia.

No holiday proposal found in the selected location.
Some luxury alternatives of the same type are here listed within 15 km : 8 villas
3473
Martina Franca
Villa Marilda 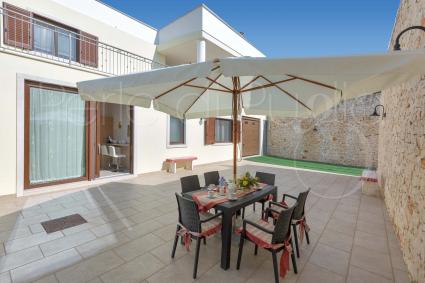 Villa Marilda is a holiday villa with swimming pool in the heart of the Itria Valley, in Martina Franca. Up to 11 beds._en
3453
Alberobello
Villa Trulli Natura 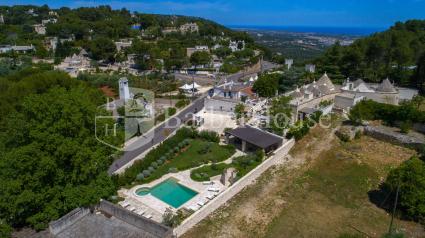 Trullo U Fragn is a typical rural house in the countryside of Alberobello. It`s finely refurbished and it`s ideal for a relaxing vacation in an authentic atmosphere but with every modern accessory. With internet, garden, solarium, it can accommodate up to 4 guests. Pets are allowed._en
3322
Martina Franca
Villa Virgilia 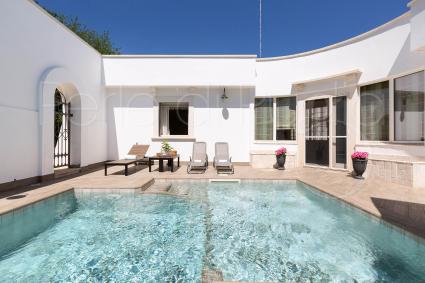 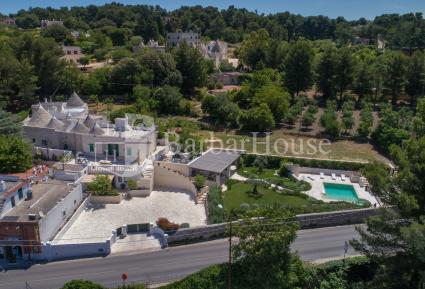 Trulli del Monsignore is a luxury villa for rent for holidays in Fasano, equipped with air conditioning. Accommodates up to 8 people._en
2109
Alberobello
Trulli Serralta

Trulli with swimming pool and pine forest in the countryside of Locorotondo. The house consists of 4 bedrooms, it accommodates up to 7 people._en
3108
Alberobello
Villa Irma 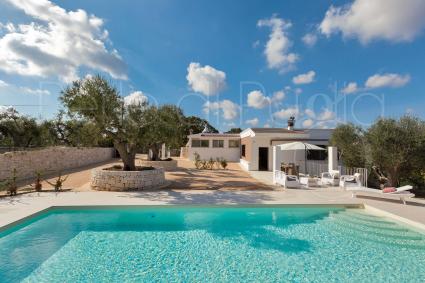 Villa Irma is a modern vacation villa in the area of Alberobello, Puglia, with stunning swimming pool in the green, internet and barbecue. Up to 6 people._en

The town and the trulli, a Unesco world Heritage site

Alberobello is the town of the most characteristic of the Valle d`itria, Land of Trulli. Aiarubbédde the called by its inhabitants. The ancient part is a single great expanse of the trulli, and for this reason, since 1996, the city is included in world heritage recognized by Unesco.
THE trulli are characteristic white houses with a conical roof, grey, built with stones incasellate with the dry technique, without mortar, the result of the ability and ingenuity of the farmers of the Murgia. A real beauty, the story of the scrolls up to the FIFTEENTH century. In those times, the Valle d`itria and Apulia was part of the Kingdom of Naples.
An edict of the King of Naples also provided for the payment of a fee for every new urban settlement, and so, to avoid this tribute, the accounts of Conversano, owners of the land invited their farmers to use only stones for the construction of new houses, giving life to these original and beautiful rural settlements.
Then the craft skills of the farmers outdid itself, giving rise to the trulli, the characteristic shape with pinnacles often decorated with symbols, and with roofs painted with imagination, respecting the white and the grey of dry stones, which have always characterized the trulli of Alberobello.

holiday, Alberobello: What to see

A holiday in the Valle d`itria Alberobello in the trulli worth always. Among the many things to see, all in the Rione Monti, there is the biggest among the trulli, Trullo Sovrano, dating back to the mid-EIGHTEENTH century, which today houses the Museum of the territory. Here in the Aia Piccola in summer there are exhibitions, concerts and performances.
The largest complex of trulli communicating can be visited in the centre, between the Aja Piccola and piazza del Popolo, is Casa Pezzolla composed of 15 units. And still the road and the square dedicated to king Ferdinand IV of Bourbon.
We are the the Church of the patron Saints Cosma and Damiano, today the shrine and minor basilica by the pope to where the center of the altar is the effigy of the Madonna of Loreto, but also the church of St. Anthony of the Guanellian of the early Twentieth century, inspired by the traditional forms of the trulli.
As the whole of the Valle d`itria is also the centre of Alberobello is often film set: the first film ever to be made between these cones dates back to 1931: Idyll shattered, a silent film with the actress Ida Mantovani, and the director of The Mauri. The last shooting of 2012 and the episodes of the american soap the bold and the Beautiful.
You should finish the holiday in Alberobello with the souvenirs that the shops in the centre of the show. Handicrafts, wrought iron works and baskets of olive wood, fine clothes, linen, objects carved in limestone, new wine and excellent extra virgin olive oil. Pastries of almonds, pettole, cartellate and macaroons.

As you arrive in the Itria Valley-Alberobello

To arrive in the Itria Valley and spend the holidays in Alberobello in the trulli, we recommend staying on-site: you can even opt to rent the trullo for a day, or choose the holidays to alberobello and the nearest sea. Or the best of the solutions, in our opinion, is to rent a holiday home in Alberobello by private.
If you want to arrive in the Valley dItria plane, the closest airports are those of Bari and Brindisi, where you can rent a car or use the bus local, which lead to the city centre, then take a train to Alberobello.
The railways can reach more or less all the towns of valle d`itria. If you want to reach your trulli holiday-Alberobello train you can do with the train station of the Railways of the South-East, starting from the stations of Bari or Taranto.
Finally, if you prefer arrive in the Itria Valley drive you must take the motorway A14 and take the exit Gioia del Colle. From Bari or Brindisi, instead, take the SS 16 and take the exit for Monopoli, take the SP to Alberobello. From Taranto the road for the Valle d`itria is the SS 172 for Martina Franca-Locorotondo and Alberobello.